There exists in much contemporary art a longing for an unimpeded Parousia, an unblocking of the road to a site of authenticity, originality and synthesis. Per-Oskar Leu’s new film ”Vox Clamantis in Deserto” (”A Voice Crying in the Wilderness”) is in many ways a response to this longing in both general, and in particular to the fact that such a road is, by many, believed to be found in the history, aura, and praxis of Norwegian Black Metal.

At the heart, if such a thing exits, of Norwegian Black Metal lies an act of violent translation. All acts of translation are carried forth by a violence of sorts, but here we encounter violence that risks melting the very core of its carrier. That is, violence in the sense of a willed stupidity, an intended blindness and the sheer positing force of this, thus violent, act of translation. A ”what if?” ”What if” the theatrics, the theatricality, of the hyperbole posture of an (English) band like Venom was to be taken literally? What if the theatrical performance of Venom were plunged into motion in a concretized world of stupefied ideas, locked inside-outside the confounds of Plato's cave, combining both ”dark” mediaevality and erroneous paganism, erasing the prefix ”theatrical” and thereby opening up the road for the pure pulse of sheer, (black) performance. Erasing the theatre out of the theatre. Just a blind this is, of the this, the thing at hand.

The fact that this very idea, or as en effect of time folding, of an originary act of violent translation did not come into being until itself was mediated, translated, by a multitude of foreign bodies eager to access the same general-particular body of transgression. Transposed through the foreign cult of worshipping the worshippers of the stupid. Stupidity is here thought of in an imagined Hölderlinian sense of the term via those post-Hölderlinian translations of the "stupid" performed by Philippe Lacoue-Labarthe and Avital Ronell. A process of intrepid re-appropriation of what, at bottom, is sheer, blind, stupid, appropriation.

Thus, we find Per-Oskar Leu’s quixotic character lamenting the erred translation of pop culture thought of as pure a-culture (as Black Metal would be the very negation of culture altogether). Discovering, as Walter Benjamin’s infamous translator, that there is no "Original Language", that the original was dead already to begin with. Leu’s film warns us, in it’s own intrepid, barren, and saturated way – in it's emphatically stupid fashion – of the dangers of ascribing the promise of an afterlife, of a transcendental Parousia, by the ways of contemporary art’s platonic temptation of the theatre sans theatre, to what is the violent act of translation itself. ”Vox Clamantis in Deserto” situates the translation in the afterlife of an always already dead original. The ironic, laughable, and indeed pornoscopic effects-affects Leu’s film produces is thus resembling that of an imaginary movie, showed in reverse, of that proverbial man slipping on a banana peel. Only this time the banana peel is a corpse. 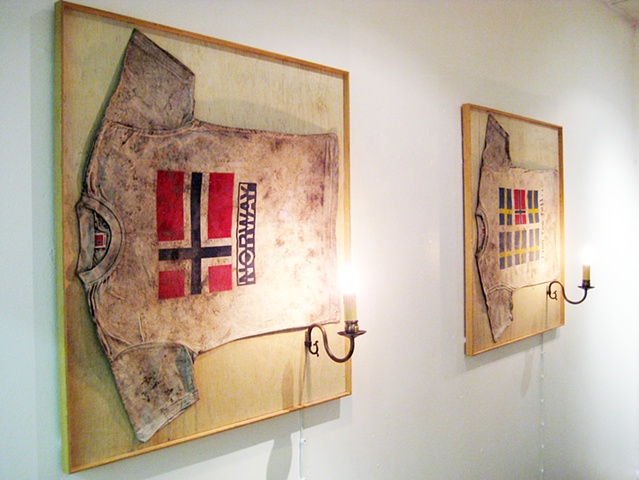 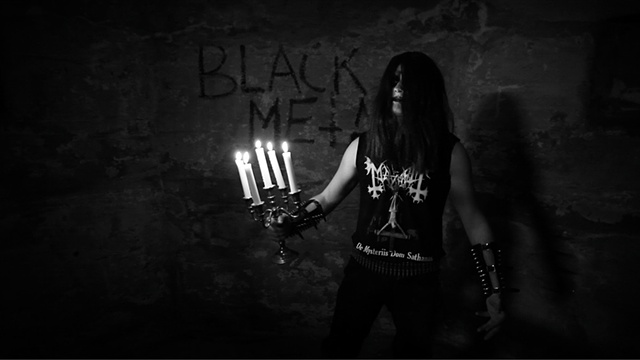 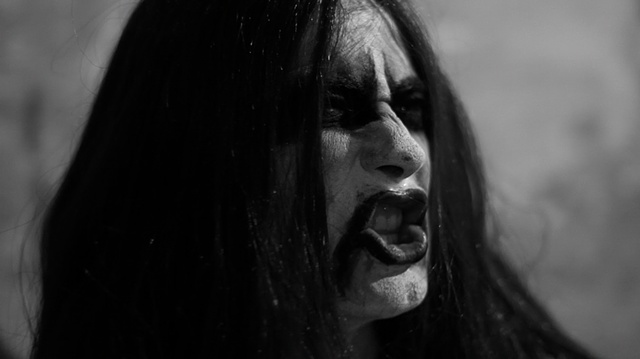 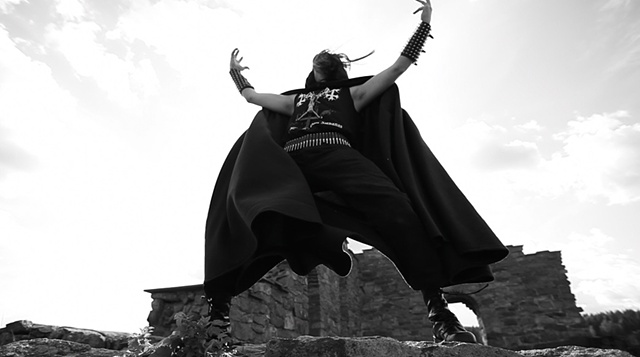 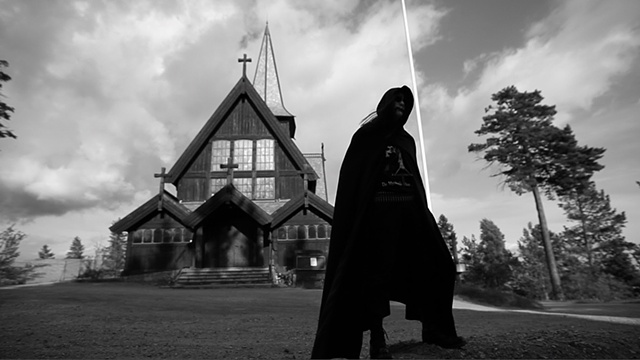 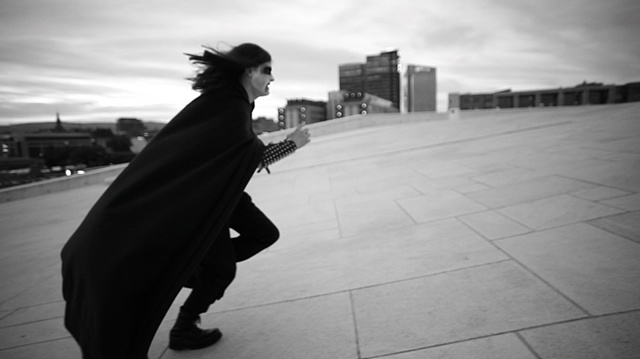 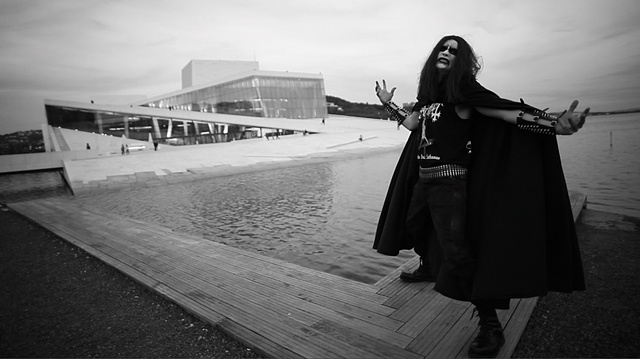 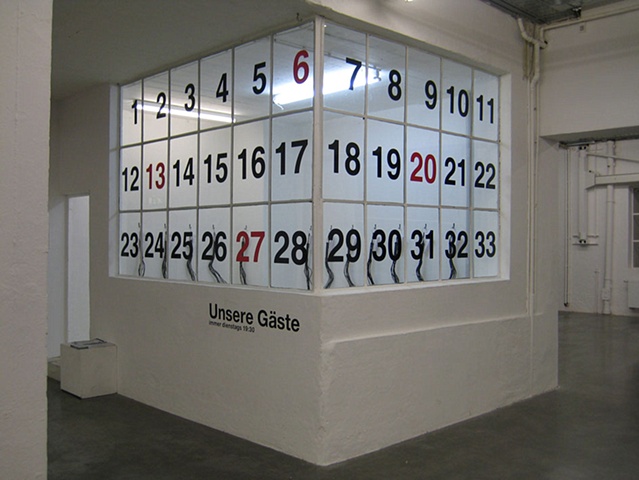 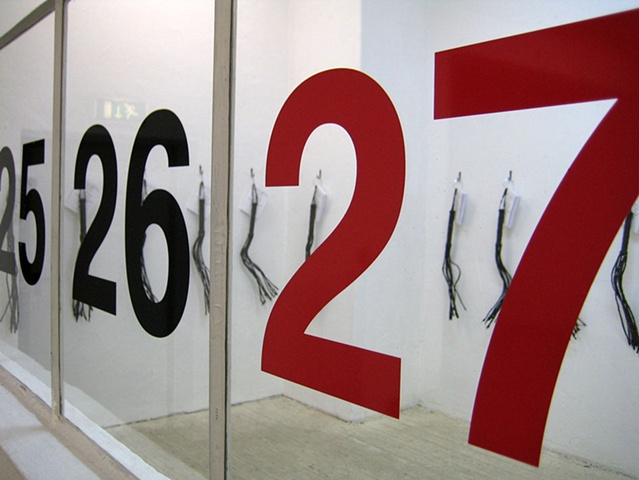 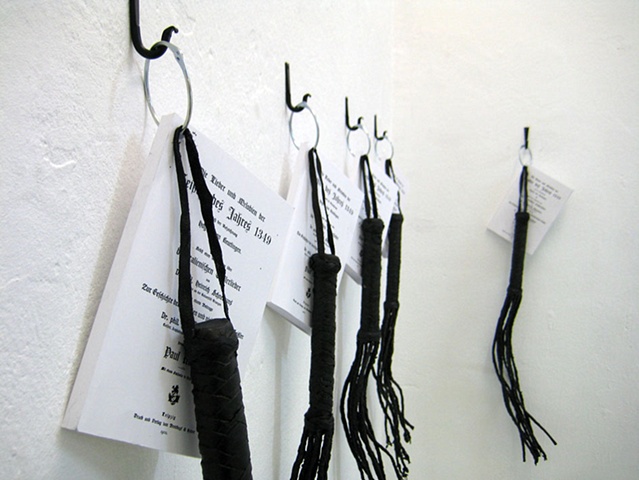 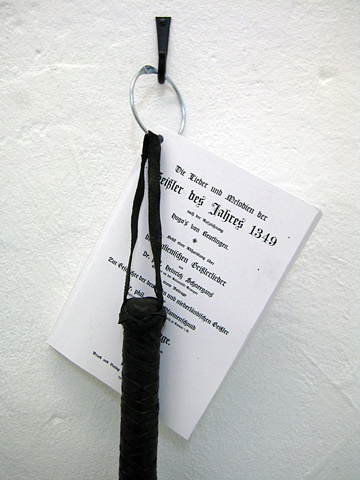